Fundamentally, the mechanics of smart money management are simple. FIRE boils down to one simple skill: Spend less than you earn. And if you want to retire early (or become financially independent while you’re young), you have to spend much less than you earn. The math of money is simple. It’s the psychology that’s hard.

To that end, I’ve found that it’s useful for people to start their journey to F.I. by exploring some psychology and philosophy. This might seem unrelated but it’s not. It’s a useful foundation on which to build your financial future.

In order to stay motivated on your long journey to financial independence, it’s important to have a plan so amazing, so glowing, that you’re willing to walk bleary-eyed to work every morning to earn the money needed to achieve it.

But how do you do this?

You can improve the quality of your life in one of two ways. You can change your environment, or you can change how you relate to that environment. Both strategies have their place, but it’s generally much more effective to change yourself than it is to change the world around you.

Modern psychologists like Mihály Csíkszentmihályi argue that each of us largely creates our own reality – our own happiness – by choosing what we focus on and how we react to it. Happiness, Csíkszentmihályi says, must be cultivated. The shape and the content of your life is largely determined by how you use your attention.

Many people have developed an “external locus of control”. In personality psychology, this term – locus of control – refers to how people view the world around them and where they place responsibility for the things that happen in their lives. 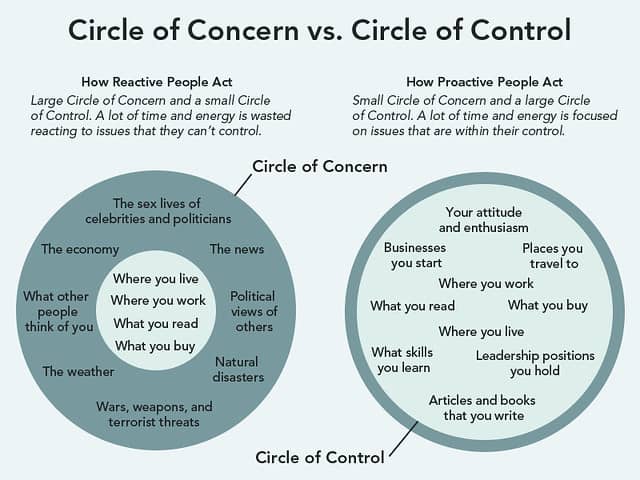 You have the power to determine your own destiny.

The FIRE movement is largely built on this belief. Rather than surrender to society’s view of how things are and ought to be done, FIRE folks forge their own path. They do things differently. They’re proactive rather than reactive.

The pursuit of financial independence is, by its very nature, a proactive endeavor. It’s not something that can be accomplished passively. You can’t wait for early retirement to come to you; you have to go to it. Financial freedom isn’t possible by accepting societal defaults. Default actions lead to default results.

If you don’t swallow the Red Pill, you can’t escape the Matrix.

The Search for Meaning

People pursue financial independence for a variety of reasons.

After a decade in the FIRE movement, I’ve noticed something interesting. Those who move toward a specific goal tend to have greater success than those who don’t. When you’re running away, you’re being reactive. You’re exercising an external locus of control. But when you run toward something, you’re drawing upon intrinsic motivation.

Austrian psychologist Victor Frankl survived imprisonment in the Nazi death camps. His experience was the basis for his book, Man’s Search for Meaning. Frankl’s thesis is this: “Everything can be taken from a man but one thing: the last of human freedoms – to choose one’s attitude in any given set of circumstances, to choose one’s own way.”

But how do you find meaning and purpose? How is it even possible? If you’ve struggled to figure out what life is all about, you’re not alone. Here are some exercises that might help.

George Kinder is a certified financial planner. Unlike most financial advisors, however, Kinder isn’t just concerned with the nuts and bolts of money. He likes to move beyond the numbers in an attempt to discover the goals and values of his clients.

When he works with clients, Kinder starts by asking them to answer three questions. These questions – which seem to be based on the work of time-management guru Alan Lakein – are designed to lead the client deeper and deeper into her desires until they reveal her goals and values, the things that bring her meaning and purpose.

Here’s how I use these questions in my own work with people who are searching for financial independence:

I think it’s vitally important for anyone beginning their journey toward early retirement to answer these questions. And from my experience, people have even greater success if they then build on these responses to develop a personal mission statement. Here’s an exercise I’ve developed to help people go through this process.

Sometimes when I have people do exercises like these, they’re skeptical. “What does any of this have to do with money?” they ask. Well, this has everything to do with money.

You see, money is a lousy goal. Honestly, financial independence is a lousy goal too. When people make money their primary aim, they often become petty and mean. They forget about what’s truly important, such as relationships with family and friends.

When you understand what’s important to you, when you know what you want to do with your life, you can make financial choices that reflect your values. With a purpose in mind, it’s much easier to make decisions about where to live, what to spend, and how to earn money. With a clear mission, you can build your entire life to support whatever it is you want to accomplish.

Finally, here’s a list of additional resources if you’d like to learn more about the concepts in this lecture. First up, here are some books on this topic:

If you’d rather read material on the web, here are some related articles:

And don’t forget: If you’d like some general resources for financial independence and early retirement, I’ve created a page here at Money Toolbox that links to useful FIRE apps and tools.